Where Breakfast is Life or Death!

The only way Lou Bagel can survive breakfast time is to serve every person a waffle cooked to their liking. If they reach the end of the bar, instead of eating a waffle, they will be eating Lou!

Where Breakfast is Life or Death!

Plot
Controls
About
Other Links

Lou, being a bagel, is a highly tasty breakfast delight. His ingenious plan to stay alive is to feed everyone waffles.

Keep serving them waffles! Keep that business running as long as possible! Because if those hungry patrons can't eat a waffle they will eat a bagel!

Lou Bagel's Waffle Bar was created for a week long game jam, "Weekly Game Jam - Week 46", which had the theme of 'Waffle'.

Inspired by the video game Tapper, my favorite game when visiting local arcade bar Replay, where you serve customers "Root Beer" to keep them from throwing you down the bar.

Taking a simple and well established concept makes planning and scoping much easier, especially for a game jam where you only have a week. Then I simply had to incorporate Lou Bagel and the theme 'Waffle' into the game, such as running down the bar to refill the syrup instead of picking up tips like in Tapper.

Not a lot of new art was created for this game jam, except for turning it one-bit. The customers are all actually characters from other artists or projects of mine:

It was a lot of fun to incorporate other artists into my game. Some of these characters were just one-off art pieces that weren't created for much else, so they were happy to see them come to life!

All the audio, including the amazing soundtrack, was created by the great Scowsh, who also did the audio on Dave-Man and several other of my projects.

This was my first game jam. It really boosted my confidence that I could make something fun and enjoyable in a week. Suprisingly I even look back at it years later and still get some pride and enjoyment when playing it for a few minutes. 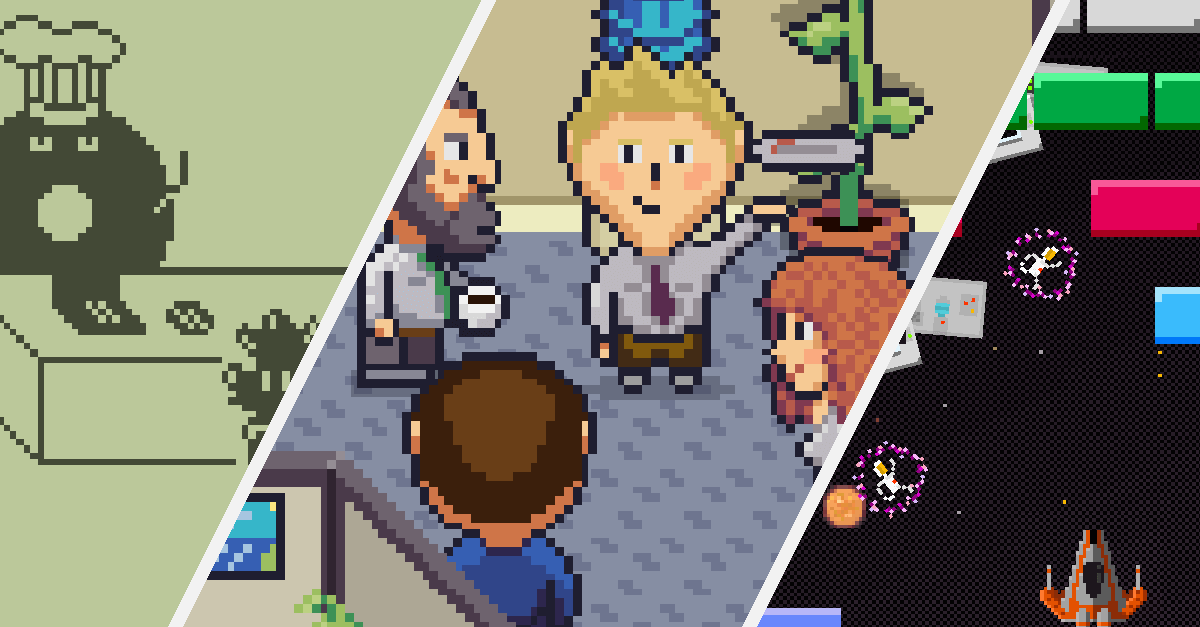